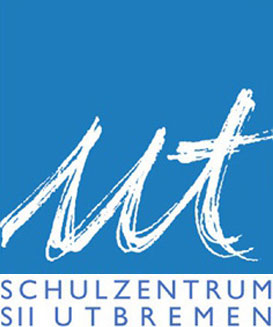 The musical “Bugsy Malone” plays in the year 1976 in Chicago. It tells of two gangsters which are rivals. All of the actors are played by children. Dandy Dan wants to take over the “speakeasy” of Fat Sam and the city but Fat Sam tries to prevent this. So the gang war begins.

The “speakeasy” is a bar with a lot of singing and dancing. The main figure there and also the girlfriend of Fat Sam is Tallulah, a singer.

Blousy Brown, a wannabe singer wants to get the job of a singer and dancer at the “speakeasy” but Fat Sam always tells tomorrow. She is sad and wants to go home but suddenly Bugsy Malone stumbled across her baggage. He starts to flirt with her. The Lovestory between Bugsy and Blousy begins but is disturbed by Tallulah.

Bugsy believes in Blousy and her talent, so she tries her luck at an audition in a theater but she hasn’t even the chance to introduce herself and show her talent. After a while she gets the job as a dancer and background singer at the “speakeasy”.

As all of the supporters of Fat Sam are splurged by the “Splurge guns” of the gangsters of Dandy Dan and their career is over, he signed on Bugsy Malone, a boxing promoter with no money, as a driver. With the money, Bugsy gets from Fat Sam, he promises Blousy to buy some tickets to Hollywood, that she can fulfill her dreams.

Fat Sam has a meeting with Dandy Dan and he wants Bugsy to come along with him. The meeting turns out to be a trap.

Fat Sam doesn’t want to abandon and he tries everything to get these “Splurge guns” but without any of his gangsters he has no chance. So Bugsy convinced a lot of unemployed persons in a soupkitchen to help them. They made a plan how to get the Guns and it works.

With these Guns they return to the “speakeasy” just as Dandy Dan’s Gang arrives. The Chaos is created. Suddenly the piano player is hit by a pie, falls forward and hits a single bass note with his nose. Silence breaks out and then everyone engages in a final musical number. All of them realise they can be friends and Bugsy and Blousy went over to Hollywood.